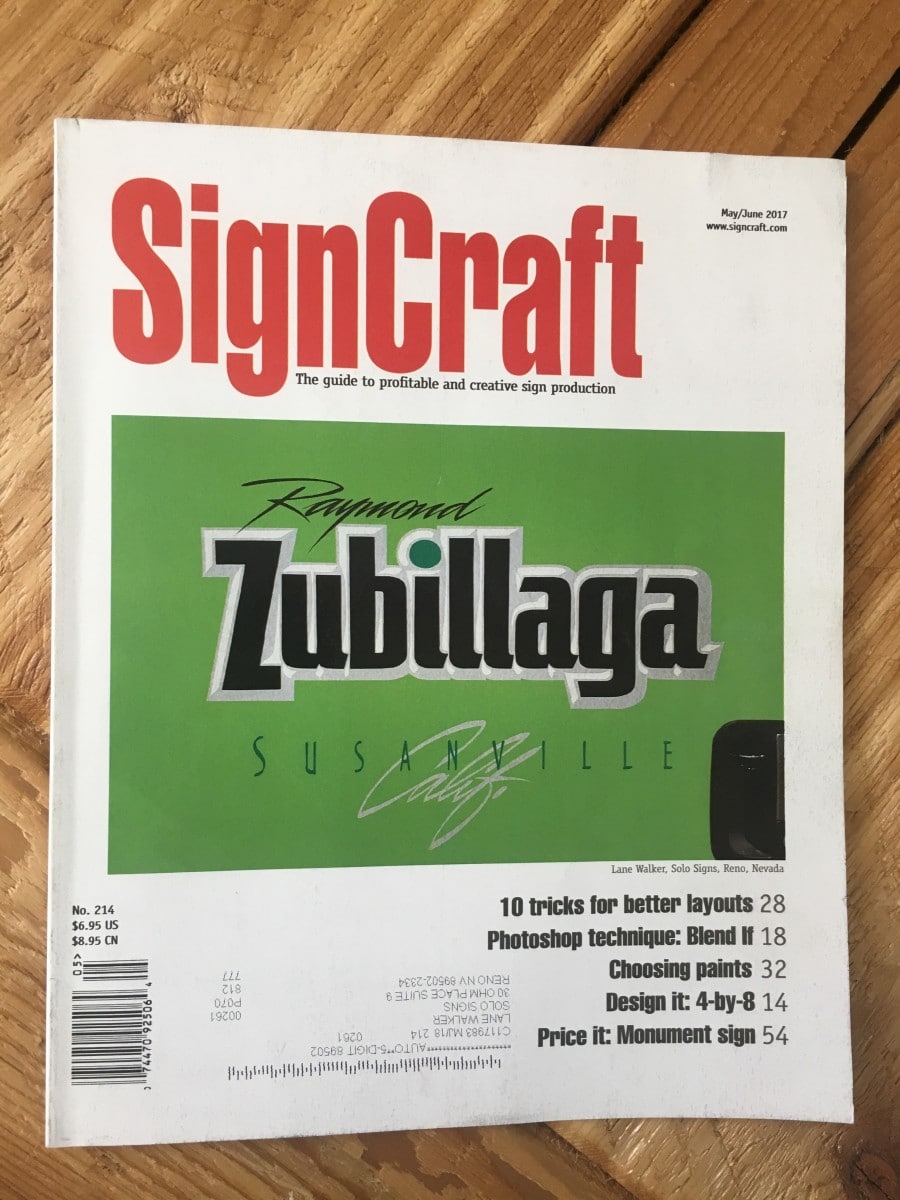 If you know Lane Walker, you know how talented he is when it comes to pinstriping, graphics and hand lettering. His best-known designs such as the one on the cover of the May/June issue of SignCraft features an amazing truck door sign.

A Reno local, Lane began painting signs in 1977 and then opened up his own shop in 1990. When he was with Silver Dollar Sign, truck designs were a rarity. Once out on his own, he started doing designs for a Peterbilt dealer. After receiving multiple requests from truck drivers to have pinstriping on the truck, Lane decided it was time to learn how to stripe.

With the influence of contemporaries such as Mike Stevens, Terry Wells, Paul Martin, Bob Iverson and Jeff Devey, Lane has developed the skills and style which he is known for today. 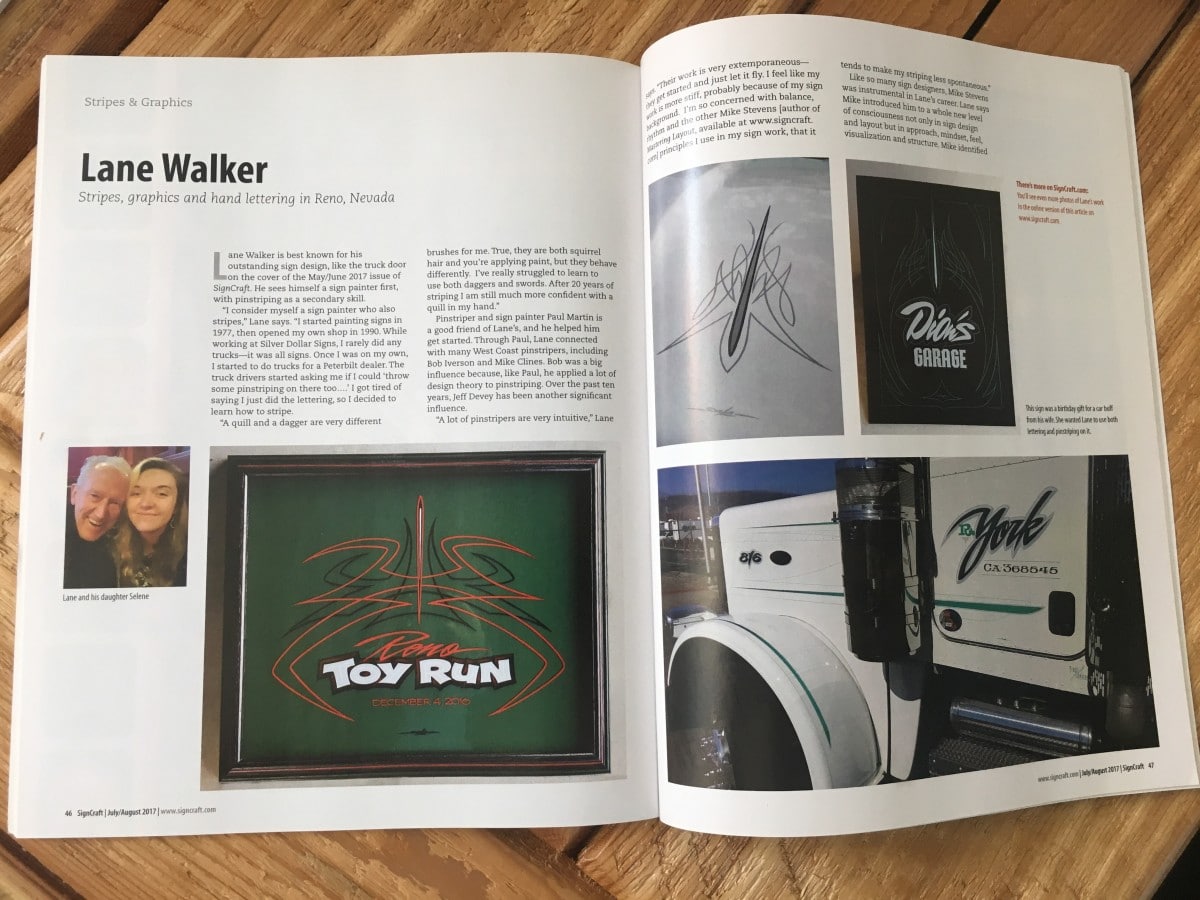 Lane creates dynamic striping designs but makes sure they are not competing with the main lettering on trucks. “I use striping and graphics as a way to integrate and recur the colors of the lettering throughout the vehicle.”

He also likes to use thin pinlines to help organize copy, connect things and create panels in his signwork. Lane wants his viewers to feel the lines and have an emotional response to the color harmony. His designs tend to be more open and less dense; he avoids “hot spots”- areas where the overlapping lines are denser than the overall design. His goal is to make it all work together using color, rhythm and varied line value.

Find What You’re Looking For